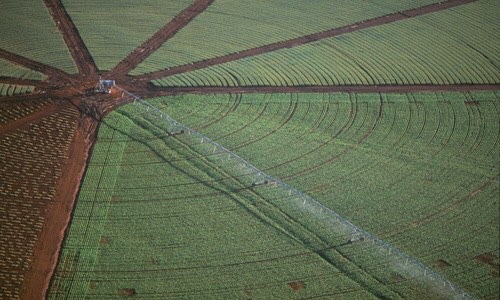 Last week i spoke about how Soy effected a close family member and why “THEY” are trying to make you believe that is a phenomenal supper food. If you didn’t get a chance to check it out click here.

In this post I’ll show you what exactly this thing does to your health.

What soy really does to the health of you and your family?

Okay let’s start off with the fact that over 90% of the soy produced in this country is genetically modified (made in a lab) and has one of the highest percentages of contamination by pesticides. That alone should be a good enough reason for you to watch what you eat.

Take a look this video about GMO foods before you finish the article:

Soy contains phytoestrogens which are also used as an alternative to hormone replacement therapy in post-menopausal women. However, based on countless studies by the world’s leading physicians most cancer is caused by having too much estrogen in the body.

Here’s the rundown: Soy contains phytoestrogens which is also used as an alternative to hormone replacement therapy in post menopausal women, however based on countless studies by the world leading physicians most cancer is caused by having too much estrogen in the body.

For women: Having too much estrogen in the body can also cause irritability, mood swings, fat gain, fibrotic breast disease (lumps in the breast during menstrual cycle) and uterinefibromas (tumors in the uterus) which can develop in to cancer. (1)

For men: estrogen or phytoestrogens can destroy testicular tissue. It will permanently reduce the size and function of your package as well as lower luteinizing hormone. (2) LH for short is what signals testicular functions which produces testosterone. Low testosterone in men is linked to obesity, diabetes, depression, cardiovascular disease and cancer. (3)

Why would you want to eat a food that is high in estrogen if estrogen is linked to all of these ailments?!

In the book “Is this your child’s world” written by Dorris Rapp, MD the world’s leading pediatric allergist the conclusion of her research states, that soy-based formulas and foods given to children can disrupt hormones during a child’s reproductive development. This can cause female adolescents to hit puberty as young as 6 years old and affect a male child’s sexual orientation. (4)

Also in a study published by the New Zealand Medical Journal back in 1995 scientists concluded that the amount of phytoestrogens in a day’s worth of soy infant formula is equal to 5 birth control pills!! (5) Would you feed your childbirth control pills?

The bottom line is soy is not healthy food, don’t believe the bullshit!

You have to second guess the benefits of soy since the research backing the health claims is funded by the same people that produce it. Since our country is the number one producer of soy you could see how it would be in the U.S. manufacturers’ best interest to market soy as a wonder food.

The evidence on why soy is dangerous is substantial. Scientists all around the world have come to the same conclusion, stay away from the stuff.
Soy and soy derivatives are in just about every commercially packaged food. Soy is in everything from candy, dog food, cereal, bread, and even vitamins.

Read the labels, don’t support the soy industry, and protect yourself and your family from this toxic food.